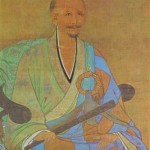 Here’s an expression you may have run across in Kung Fu texts: Wu Tao, Wen Tao (The way of martial arts, the way of literature). This idea of the Scholar Warrior is ancient indeed in the martial world. It supposes an idea which in our violent society had become denied or exploited. On the one hand, people who hate violence (that’s most of the responsible citizenry) end up disdaining things which are erroneously linked to violence such as power, morality, righteousness and confidence thus emasculating the very people who are sensitive enough to care. On the other hand violence is linked to power as though the two are both inseparable and desirable and, in this way, good people are encouraged to do bad things.

The answer is anything but easy. Discernment, the ability to tell the difference between not only good and bad but better and worse, partial and whole, fine and crude is the key to all moral force. So a warrior must be a scholar, a policeman must have good sense, a soldier must have restraint, a surgeon must know when not to cut.

It may surprise most people that serious martial artists tend to be amateur scholars. Not only do they respond well to the sweat of training but to the familiar odor of book dust. They spend time tracing their lineage (often knowing it better than their family’s), the historical conditions of the military past, the philosophical background of martial arts and the theoretical specifics of their practice.

Does that make them tougher, deadlier, stronger martial artists? Let’s not lie, of course not. But if you ask if they are better practitioners then the answer is unequivocallyâ€”yes. People need to know history. There’s an old saying that those who don’t are condemned to repeat it. But it’s really worse than that: not learning it they are therefore condemned to repeat it and repeat it and repeat it. It is nice that some styles have gained so much popularity they’ve essentially become the proxy of soccer. But it’s sad indeed how little the younger martial artist actually knows about anything martial and parents, obvious to the opportunity, can only assume belts, trophies and other glitzy accoutrements hold the real meaning. But they don’t. It’s not a sport, no more than music is a sport just because it’s physical. It’s a study. It’s a way of life.

A child, or any student, could get more real meaning from knowing that the technique he is presently struggling with was performed by human beings 2000 years ago then from winning all those trophies for tournaments that will be forgotten next month. It’s not that we don’t know much about the past in the United States, it’s that it scares us. Maybe we aren’t quite as inventive, unique and revolutionary as we think. Maybe progress is just a little indebted to the past. Maybe we are repeating our grandparent’s mistakes only without their style and humility. But maybe, too, we are connected to humanity, maybe our loneliness is not symptomatic of our individual plights. Maybe we are family.

originally appeared in The Connection, January 2001.