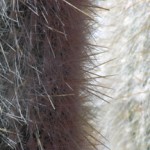 People like the martial arts. In general they see the beauty, admire the athleticism, get excited by the speed and power. People who are interested in alternative and exploratory investigations see the arts as a natural extension of ancient wisdom – which they are.

But once in a while I encounter the seeker who wonders why an association with fighting, isn’t all that violent energy exactly the opposite of our goals?

Rather than treat the question off-handedly I try to respect it and give it careful consideration.

A number of visions arise: the Mayans losing their written heritage to the fiery Spaniards; the destruction of African culture by the slave trade; the pogroms in Russia; the fate of Native Americans. People who have a different way of looking at things must be willing to defend them. Obviously, in this age of techno-warfare spears cannot stop tanks. But, as the Arawak people learned when Columbus arrived to decimate them, it’s not always military strength that counts – they far outnumbered their conquerors – its spiritual preparedness.

There is an incredible amount of diverse opinions out there. Many are well known and accepted – at least on the surface – but there are also stranger and more esoteric opinions ranging from the astronaut-Egyptians to Antarctica-Atlantis. Some are silly, some hide confused but important information, and some are dead-on but unrecognized. And there are the middle grounders who trust everything will be sorted out rationally. But if anyone really believes that our progress is in the steward-like hands of the intellectual elite and thereby assured, then I have a face on Mars I’d like to rent them for billboard space.

“Expert” views have abounded through history. They have informed us endlessly how limited our knowledge and silly our opinions are. Don’t we know that black people have smaller brains than others? That bumble bees can’t fly? That women are inferior? That travelling faster than 60 mph will rupture our hearts. Interesting, isn’t it? Who would we classify with the crackpots now?

History is full of stories illustrating the suppression of ideas, people and cultures. One of the classics relates the struggles of the most famous styles of Kung Fu in the world:

The Shaolin Temple in China was constructed over 1500 years ago. During the centuries it has taken much abuse. It has been burned down, the practice of its art declared illegal. During the Cultural Revolution the monks were beaten, the nuns raped, the temple looted and burned. Today Shaolin is coming back. Strong and proud it resumes its place – even into the 21st century – as a leader in the martial arts world. They’re still here, practicing their treasure: Shaolin Kung Fu, for they know that martial arts is a culture and culture must survive.

Ideas from the outer fringes have to be defended. Not with fists but with the tempered spirit of a warrior willing to sacrifice a little to earn the right to have a “way out” opinion. After all, if we listened to the standard version we would simply be cogs in the wheels of civilization. But the imagination knows that there’s more to our existence than that. The idea of the spirit warrior is someone discipline but searching. Strong enough to persist but sensitive enough to listen.