Can you really get anything from the martial arts after the age of 30 or 40 of higher?

You know and I know that I’m going to answer with a resounding, brick-smashing “YES!” to this. What you don’t know is that if I thought you couldn’t get anything from martial practice I’d just as soon yell “NO!”

Actually the question isn’t really about the student. It should be focused on the  teacher. Better framed it would read, “Can the right teacher using the right method of martial instruction be of service to you irrespective of your age?”

Sarcasm aside, schools like this serve people at a very important level. They are the entrance to the martial world and its wide open. The real objection raised against them is that seven year-olds receive black belts; thousands are spent by students on such necessities as patches; high ranks like 4th high low levels of skill; and any class with Dad and his 10 year-old son beside him might be fun and all that but someone in it has and 5 got to be taught wrong somewhere.

This doesn’t necessarily mean that on the opposite side of the mat stands a bunch of effete martial snobs who only guard secrets that would make the Da Vinci code look like semaphore. It’s just that an enthusiastic teacher of, say, art may have to feel it best to start everyone off with crayons but knows full well that there’s time to break out the water color sets. Bringing people to the core of things isn’t a crime, though in an increasing dumbed-down culture it is treated as such. It is an imperative for real teaching.

After all, if you are 30+ and you still want to perform the side splits in a martial art then this is a psychological problem, not a valid goal. Actually it never was a valid goal even for cute little girls. Why? because though I’m entertained by Jerry Lee Lewis having the ability to play the piano behind his back I wouldn’t really care if the music were bad. Stunts is stunts, not art.

A mature person looking into the martial arts should be searching for something intellectually stimulating, culturally authentic, humanly responsible, technically engaging and spiritually challenging. This may mean breaking a single board with a spin-hook kick and receiving the patronizing applause of the class, but I doubt it. And by “mature”  I decidedly am not thinking of Tai Chi, which so often seems the booby prize of martial ambitions. I’m talking about a teacher student relationship which brings everything from the teacher’s knowledge and the student’s experience into play. I’m talking about engagement. 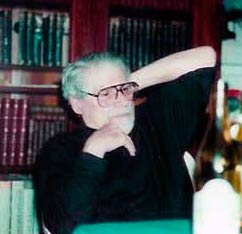 Professor Howard Slatoff started with use when he was 63 and became one of our top Tai Chi students. Vital and dynamic he lived a billiant life and inspired many fellow martial artists.

Believe me, I know whereof I speak. I’ve seen entire schools burn themselves to the ground with interpersonal shenanigans that would disgust anyone over voting age. My own experience is that if your style produces seven year-olds that are as good as their teachers then there has been a little tailoring done somewhere along the line. Eventually the hollowness of the cheerleader approach catches the heart. Then the dys-functionality begins to rise like dampness. The head instructor gets promoted to Great Grand Maestro; some of the teachers leave suddenly while others are advanced at a dizzying rate. Sparring class develops an edge to it like the whispered conversation of a husband and an ex. Kids stand in the vestibule as though permanently abandoned. Mom always shows up late after the Young Warriors class and her little warrior sits on the bench in his uniform fiddling with his stiff belt and looking at the front door for thirty-five minutes.

Can you get good instruction, worthwhile guidance, after the ages of 30, 40, 50+  and above? Yes, there is a growing group of instructors who are “returning to their arts” and looking for mature, patient students who bring a lifetime of interest and questions to the practice.

The only question left  may be can your get any really top-notch training before the age of 30?