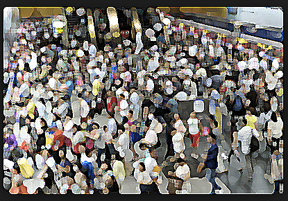 The metro that links Taipei’s diverse neighborhoods rolls and wriggles many times a day, stuffed with people. There is an old Chinese saying that, “If I don’t know you, you don’t exist.” This allows a person to maneuver through the hailstorm of strangers, while performing a little dance of interrupted steps and altered angles. The ultimate Daoist truth is here presented in the flesh, everyone finds his own way. Looking down on it from the high step on an escalator, the whole operation seems Darwinian; survival of the fleetest. This doesn’t address another component which makes transit work for THIS mass of people; cooperation. It’s right and fitting that we acknowledge the importance of this in the Year of the Sheep (or goat, if you prefer). Exploring Taipei this way we encountered it again and again, even finding ourselves catching a few people who slipped on sudden subway jolts. The whole system is based on yielding, but at the right time and in the right way. Sound like martial practice? But there is an element threatening to change the core of this practice: texters. Thumb punching and hypnotized by the little electronic window, they also maneuver through the storm but with far less élan and a sort of dead footed persistence. They cannot be denied, though, this is the future. 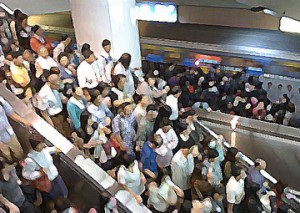 The balancing of tradition (walkers) and innovation (texters) summons up the whole problem here: and everywhere. As in food or folk arts, there is an inward aspect to the traditional that nourishes, IF it is recognized. On the other hand, change has its own momentum. The trouble is, that the momentum may run over all of us. Taiwan is one of the edge-foremost places to test the future mix. Its Chinese population is not just Chinese but actually came to the island knowing themselves defenders of traditional culture. At the same time they are in the vanguard of innovative products right down to the food stall with its four chairs at the Night Market. Even the United States doesn’t have evidence like this. Here you can buy a bowl of crab or beef soup for about two dollars US. You can also spend fifty bucks in a bar for a couple of drinks and an order of calamari. The problem is that the bowl of soup is SO MUCH BETTER than the safe and expected hotel fare. 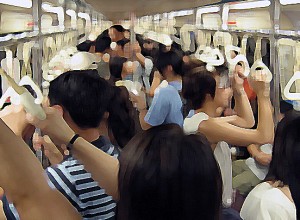 Somewhere between the two lies the perfect balance, and like paning a rifle sight back and forth to set up a shot, everyone seems to be aiming every minute. Taipei has fashions and Kung Fu, tv and folk arts, lottery and temples. We practice ancient movements which, as Adam Hsu has said, have nothing “made up” about them; the inheritance of centuries of sophistication. Then we take the high-speed subway home. The problem is that too traditional is wrong. The problem is that too modern is wrong (especially if you leave your humanity behind). In the marital arts we say, “You have to have a strong foundation.” True. And, in the case of future accommodations, the firm foundation will also need mobility.