Martial Basics: Not What You Think 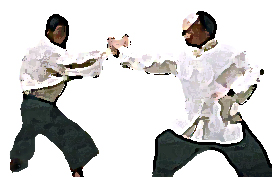 Everything starts with basics. And when you are young and/or just beginning a long term study of expertise, whether your taste runs to the piano or the basketball hoop, there is always a sentinel line of basics to be crossed before you get to the “good stuff.”

But the surprise—slow and sometimes disappointingly painful—is that there is no end to the study of basics. When you have learned the most exotic parts of some discipline‑let’s be obvious and say martial arts, for instance—and mastered the strangest weapons, you will put them away, at least for most of the time, and return to basics.

Some people hate basics. They hate the repetition, the assumed implication of lacking skills (“You’re still practicing those moves?”) and the indication that their search for mastery may well out-last a lifetime.

It’s true. Basics are not always fun, unless you happen to be lucky enough to study Chinese Martial Arts.

Believe it or not, the basics of Kung Fu and various sister arts, never get boring. As you learn more and more about this ancient tradition you realize that you may get bored but the basics are not boring. It’s a test of consciousness, not of will.

Why do Kung Fu basics never get boring? How is this possible?

The answer lies in the extreme age of Kung Fu training. It has supplied a structure that bears the experimentation of centuries of effort, practice and even lost lives—many lost lives. The harsh conditions of its growth have brought a dense, deep and profound concentration of information into each and every movement. 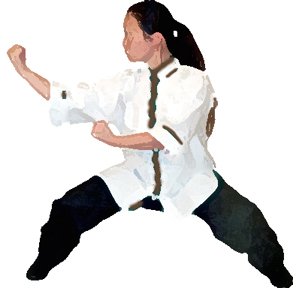 Think of it this way: how many centuries and false tries passed before we discovered that all of color theory can be seen in terms of only three primary colors. Just add a bit of black or white, and millions of colors can be created through these three fundamental colors. The Kung Fu basics are like this. They were not invented in the toddler days but only in the maturity of the art. And, consequently, embody principles as well as actions. Indeed, one basic may have dozens of implications.

The basics are just that: basic,  not simple. Real Kung Fu basics are compiled of seemingly simple actions that align the body, concentrate the intent, rectify the posture, and monitor the breathing. When practiced long enough, with an eye to detail as well as a body willing to adapt, the acquistion of basics begins a sense of ownership that takes us back to a different and often forgotten self.

Like a symphony telescoped into a single moment, perfect resonance will never be achieved:that’s the nature of Kung Fu. Yet it is still better than the kind of training that equates the perfection of physical skills as actually the robotization of the player; the same kind of movement is practiced over and over with no compensatory movement; or even a small exercise in the opposite direction, or on the opposite side of the body. This over-specialization never occurs in Kung Fu, not only because it is symmetrical, but also offering there are hundreds of movements. Like the well-oiled hinge, the opening and closing of the body through such a huge range of actions keeps everything young and healthy.