Reflections of a Changeling

As I sit in reflection over the last two months I am impressed by the power exchanged through change and adaptation.  Surfing during this time has also informed my impressions on these subjects.  Many of these lessons are also transferable to martial arts but I will let your imaginations fill the martial aspect as I respectfully leave that to my more senior practitioners.

First, as noted by the length of existence and reverence of the I Ching, the study of change offers insight and power to those adept at aligning with the patterns of the changes of nature.  The I Ching is a tool of such study.  The Chinese zodiac reveals discernable cyclical patterns of change.  There are others.  Change often happens in pattern.  Change also directly correlates to movement.  There cannot be movement without change and there cannot be change without movement.  So both beget one another.  The universe sets forth the ultimate movement.  In my interpretation, it is our job as sentient beings (if we wish to thrive) to follow the discernable patterns of that change through our own aligned movement of mind, body and spirit in further alignment with the greater forces that surround and inform our lives.

Surfing has been a good tool for me in understanding this relationship to the universe.  It still amazes me that a wave I may surf in 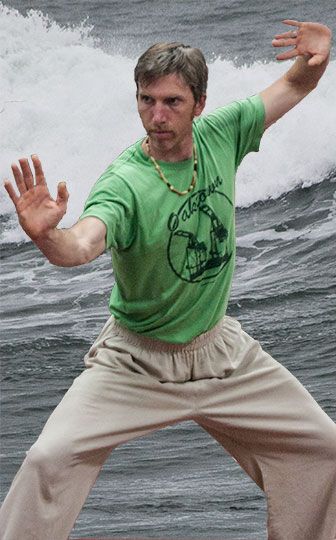 Santa Cruz started in Japan or Australia and travelled so far to make its ultimate expression over the reefs or sand bars just off our shores.  We do not create the waves nor the energy that propagates them.  The earth’s tides manifest everywhere receding and extending as a great breath influenced by the even greater forces of the sun and moon.  Waves only happen when the wind, the water, the ocean floor, the tides, etc (the elements) align just so.  Our surfing those waves only happen when we properly align our intentions and our body (including the forces it produces) with the forces of those aligned greater elements contained within the ocean.

We have to first observe the ocean because waves cyclically come in discernable patterns that are not immediately apparent (sets).  These sets can come in periods as long as twenty minutes or more.  Broad observation from “the shore” initially makes for greater efficiency in the water later.  It is hard to discern the patterns of the ocean when you are out in the ocean moving here and there to position yourself while working with the energy dynamics the universe/ocean presents.  We have to develop sight outward so that we can see where the wave peaks. 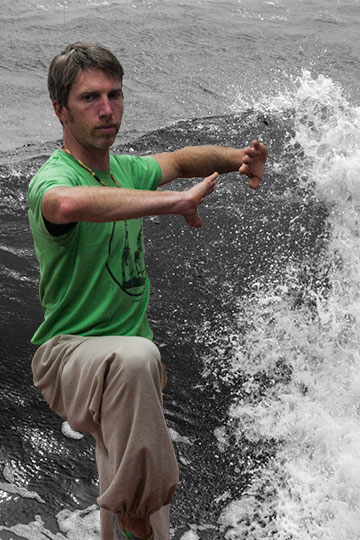 We also require sight inward to regulate our breath (over and under water) and other energies to meet what the ocean has to offer.  We have to develop the ability to freely move in the water depending on need.  Because the act of surfing is primarily receptive, we have to develop the ability to cede our agenda to that of the ocean, which also means the ability to be a conduit of universal energy rather than an impediment (this never ends well).  We have to practice engaging this confluence of dynamics so when more energy is presented we do not to get crushed and tumbled.  We have to be brave to enter the most dangerous part of the waves where one takes off, just as with martial interaction where you often have to close distance to be most effective, especially with multiple attackers.

The soul of a surfer is in the most efficient alignment with the energy of the ocean at its peak of the power presented.  Then all of your actions are effortless as you are merely conveying the energy offered as your yi directs.  This requires development of the basics: ocean awareness, being centered in yourself and on your board, paddle power, alignment of the ocean, board and body, fearlessness, etc.  There is a wave that is greater than every surfer.  Knowing ones limits is also important.  There is so much to learn and endless paths of development.  I have seen and experienced (often resulting in underwater summersaults) the ocean draw, press, crash, whip, push, pull, rise, fall, roll, etc.   The same with martial arts only usually more earth and less water.  The buoyancy on earth and opponent is found within the tensegrity of our own fascial and tendon network rather than foam and water.  Each change and expression offers new opportunities for greater insight into aligning with these patterns.

These lessons are also transferable to our current health crisis, only we are unable to choose to step out of the crisis.  We humans are not in control of this virus.  Changes are happening as set forth by the universe.  We are called upon to engage/surf them if we wish to thrive.  Some have better equipment than others to face the challenges.  However, for the first time in any of our lives the entire world faces an imminent threat simultaneously.  The same could be said for climate change but the immanency does not have the same impression on people.  Even healthy people who are responsible must respect the same practices as those more compromised to not hurt our less fortunate loved ones as carriers.  So we all have to observe the new patterns that the necessity of the situation has created.  We have new equipment to don, new habit patterns to form, new practices to engage.  We all worry about our micro and macro economies and resources.  We are called upon to act.  Sometimes that requires us to have the courage to enter more dangerous situations such as supermarkets and other socially dense circumstances without feeling exactly ready to do so. 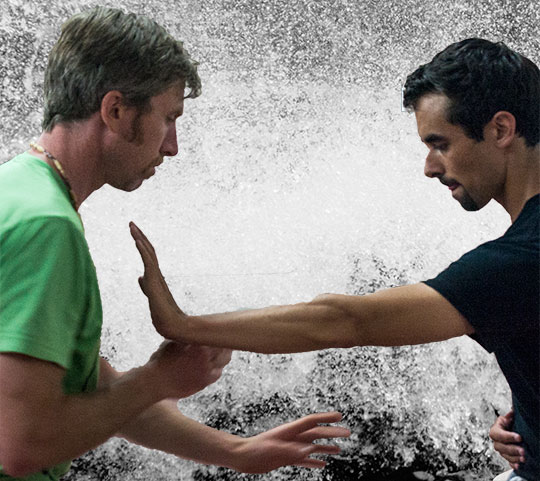 Just as surfing and martial arts can be dangerous, so too obviously can social engagement.  Social leaders must chart a middle path between open and closed society.  As with everything, there are ways to thrive during situations that present danger.  Danger often presents opportunity because the powers, movement and change are happening at a quicker pace.  My martial practices, surfing, family support and other aspects of my life have been enhanced while I have been out of work.  At the same time some of the new limitations can feel stifling. The lack of resources and threat of illness, particularly for more senior and compromised loved ones, feels scary.

As a member of our martial community I only write this to offer that the change is inevitable.  It feels overwhelming when punctuated rather than slow and steady.  But through our mutual practices learned through the school, we all have the capacity of enhanced movement and insight, which when adapted to the current need offer special gifts.  I am very grateful to Ted and all of our fellow students for creating and sustaining the forum for such enhanced movement and adaptability.  It offers us the power to change and adapt as needed.  Just as the martial arts has informed my professional life, my surfing and all other aspects of my energetic conduction, so has it helped me greatly to surf this crisis.  Thank you everyone for your assistance in helping me to develop these tools.  With them I hope to be more helpful to those whom I may be called upon to serve.