Self Defense, A Realistic Goal 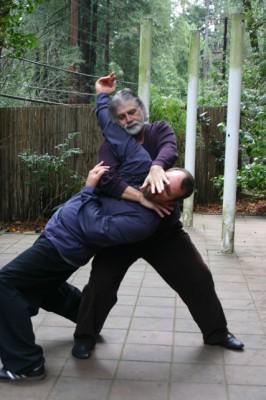 The definition of self-defense changes from school to school. It can mean so many different things to so many people: anti-bullying for the child, psychic self-defense for the nervous person, kick ass for the would-be fighter.

What it doesn’t necessarily mean is “being in shape”, especially when the shaping up part gives the wrong moves and the most unrealistic feeling of adequacy.

At the Academy, our main concentration is on self protection—not fighting. Our innovative approach has no competition, and no ranks. It relies on learning patterns which you can practice immediately and build up to better skills as you go;  an adult approach, that wastes no time on tournament skills. 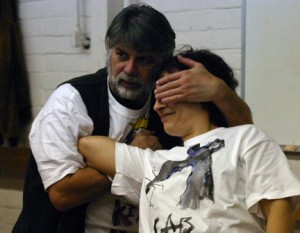 As a school, our mandate is to show the accurate, traditional and quite effective self-defense embedded in the Chinese arts of Kung Fu, Tai Chi Chuan and Baguazhang. The learning here is progressive, including the artistic, healthful and cultural aspects of martial training. This is the “slow cooking” method, where the emphasis is on  self-defense as a “bonus” rather than a goal. 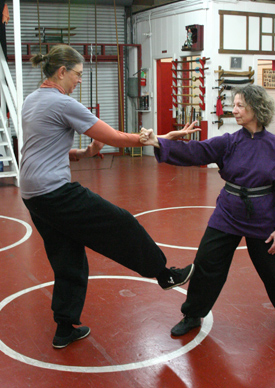 Again, we only teach people over eighteen. We have none of the typical children’s self-defense training you see in so many schools. We don’t promise you that you’ll be invincible. We don’t get you into shape (actually we do, but not by mindless bag kicking.) We don’t try to train you for competition and ring fighting that has nothing to do with your life. We know that most of our students are not Navy Seal material, and instruct accordingly. For more than 20 years, we’ve had many students who have spared themselves pain and humiliation in a training environment that is itself a place that contributes to their fears. You don’t want your school to be the thing you need to defend against.  This—not trophies—is our emphasis, and may be yours.

About Our Different Arts, each with a special approach to Self-Defense: